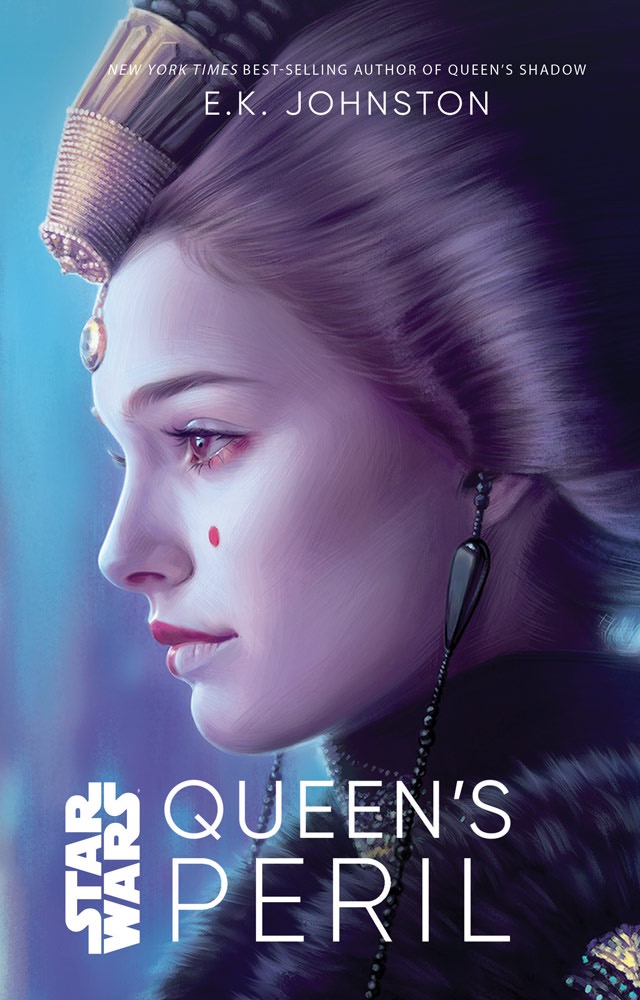 When given the opportunity to dive into the life of Queen Amidala from the Star Wars megaverse, I was very intrigued.

This story follows Padma’s life as she wins the title of Queen and begins her term serving Naboo.

“When fourteen-year-old Padmé Naberrie wins the election for Queen of Naboo, she adopts the name Amidala and leaves her family to the rule from the royal palace. To keep her safe and secure, she’ll need a group of skilled handmaidens who can be her assistants, confidantes, defenders, and decoys. Each girl is selected for her particular talents, but it will be up to Padmé to unite them as a group. When Naboo is invaded by forces of the Trade Federation, Queen Amidala and her handmaidens will face the greatest test—of themselves, and of each other. “

This story was a quick and easy read, though I will say it reads for a much younger audience than I was hoping. Somewhere around the age of 8-14 would be ideal. I deeply enjoyed the camaraderie of the women of Padme’s court. I think it is extremely important for authors to highlight solid and positive friendships between women as a whole, and this book definitely delivers on this. And while I found the story interesting for the most part, it was not enough of a story to stand on it’s own two feet. It reads much more like a novella than a true novel.

The story lacked … story. Again, it had its moments that filled in some interesting gaps behind the scenes of the main Star Wars storyline, but it wasn’t enough. I found myself very detached from the characters for most of the story in general. And when I did care, it wasn’t for Padme, she lacked any real development and felt extremely stale. Honestly, I cared the least about Padme as a whole. Although I will say that yet again, it had its moments where I did genuinely care for the other characters.

There was a lack of emotion, a lack of action, a lack of turmoil, a lack of tension. It read like a slow moving river that never really produced any rapids to keep me hooked. I think that if this book had not been such a quick and easy read, it would have been dnf’ed.

Furthermore, the writing was simplistic and juvenile which, of course, is why it felt more middle grade than young adult.

I may or may not continue the series from here. I do not know that it really gave me enough of a look into Padme that it really became necessary. Nice story, but not enough and very simple.