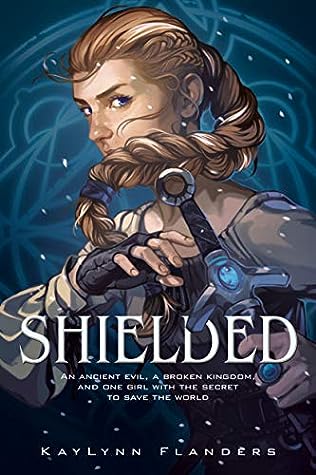 Holy wow that was sooo sooo good!!!! I saw someone else say “for fans of Snow Like Ashes” (of which I am) … and also greatly agree.

A war looming, a second-born heir to the throne, a battle ready princess and a betrothal to a Kingdom on the other side of the Wild (a place where rouge magic abounds). Magic and intrigue and romance and family.

“For fans of Sorcery of Thorns and Furyborn comes a thrilling new fantasy about a kingdom ravaged by war, and the princess who might be the key to saving not only those closest to her, but the kingdom itself, if she reveals the very secret that could destroy her.

The kingdom of Hálendi is in trouble. It’s losing the war at its borders, and rumors of a new, deadlier threat on the horizon have surfaced. Princess Jennesara knows her skills on the battlefield would make her an asset and wants to help, but her father has other plans.

As the second-born heir to the throne, Jenna lacks the firstborn’s–her brother’s–magical abilities, so the king promises her hand in marriage to the prince of neighboring Turia in exchange for resources Hálendi needs. Jenna must leave behind everything she has ever known if she is to give her people a chance at peace.

Only, on the journey to reach her betrothed and new home, the royal caravan is ambushed, and Jenna realizes the rumors were wrong–the new threat is worse than anyone imagined. Now Jenna must decide if revealing a dangerous secret is worth the cost before it’s too late–for her and for her entire kingdom.“

Seriously, I adored this book in its entirety. The world building was intriguing, easy to understand and unique. The political intrigue was spot on. There were twists and turns that I did not see coming (although I have some theories on a few things). And the romance was slow-burn “WILL YOU JUST KISS ALREADY” perfection.

I loved the magic system, though light. I feel like we are going to get a lot more out of the magic in the next book.

I love how strong the MC became over time, and how all of the characters had realistic strengths and weaknesses throughout. There were no “perfect characters” in this story (except Mari who should be protected at all costs), and that’s what makes them realistic.

There was action, there was tension, there was suspense, and the author was able to write excellent side characters who felt just as real as the MC.

Which is really an inadequate tile for this section. There is nothing I didn’t like. The only real difference between a 4.5 and a 5 star review is an indescribable “more-ness”. This story captivated me, but it didn’t destroy me. It didn’t inhabit me. It didn’t quite have that extra something that only very few books ever really have. But that is not to say that this book isn’t a pure joy and a must read!

Absolutely wonderful read and I would and will recommend it to anyone who enjoys YA fantasy.